The Postcard Tax Return - is not all it appears to be : Lester Bahr CPA Accounting Blog
1

The Postcard Tax Return - is not all it appears to be

The new postcard tax return has only 23 lines rather than the current 1040 form which has 79.  So that sounds simpler right?  Well, as they say, looks can be deceiving. That's because in order to "simplify" the tax form, they had to break off much of the existing details into their own separate schedules. Thus, there are now six newly created supplemental schedules that never existed before. So, when you factor in those six additional schedules, it actually increases the number of line items by over 50.

So, what are these six additional schedules? I list them here below:

Schedule 1 - will be used for the Additional Income and Adjustments to Income.

Schedule 2 - will be for Tax

Schedule 3 - will be for any Nonrefundable Credits.

Schedule 4 - will be for any Other Taxes that might apply

Schedule 5 - will be for Other Payments and Refundable Credits

Schedule 6 - will be for Foreign Address and Third Party Designee

Also, none of these new additional schedules eliminate the current supporting schedules such as Schedule C for business income, Schedule D for capital gains and losses, Schedule E for rental real estate or pass-through business interests, or any of the most other existing forms.

Therefore, in actuality, for most taxpayers, the 23 line postcard summary will certainly not be sufficient and they will also need to complete multiple supplemental schedules, in addition to the other applicable forms they normally have to file, anyway.

So, for the more involved client tax situations that as a CPA I typically am involved with, it would not appear that tax preparation process will in the end become any simpler. In fact, by breaking off detail into separate supporting schedules it might make the tax services process more involved and more time consuming instead. 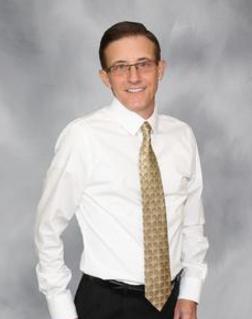